Skip to content
Home » France and the Statue of Liberty

France and the Statue of Liberty 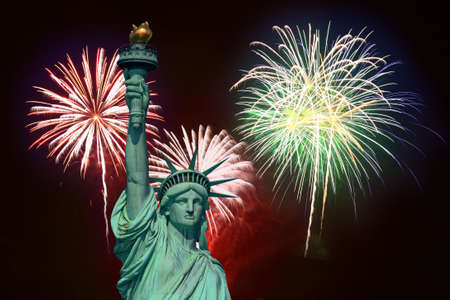 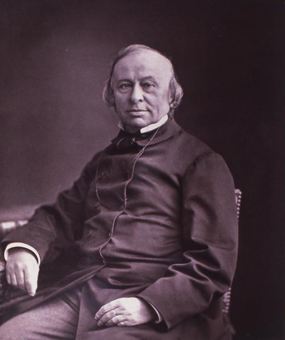 Frederic Auguste Bartholdi – a French sculptor who greatly supported Laboulaye’s idea was soon commissioned to be the sculptor of the proposed monument.  Bartholdi designed the statue and Gustave Eiffel engineered it.  He also built the “Eiffel” tower.

The copper statue was dedicated on October 28, 1886 as a gift from the people of France.

Bartholdi in his studio

The final design of:

The Statue of Liberty

While Bartholdi was designing the Statue, he also took a trip to the United States in 1871. During the trip, Bartholdi selected Bedloe’s Island as the site for the Statue. Although the island was small, it was visible to every ship entering New York Harbor, which Bartholdi viewed as the “gateway to America.”

The island, (New York Harbor) before it held the Statue of Liberty, can be seen in the center of this lithograph, surrounded by ships.

And here she stands today on her island STATUES OF LIBERTY IN FRANCE?

YES, France also has statues of Liberty!  The first can be found at Pont de Grenelle, a bridge in Paris, that crosses the Seine river. It connects the city’s 15th and 16th arrondissements.

This Statue of Liberty was given to Paris in 1889 (three years after the New York Statue of Liberty was erected) by the American Community in Paris to commemorate the centennial of the French Revolution.  It was one of the working models made while preparing to construct the “real” statue of liberty.

There are two other Statues of Liberty in Paris, France and one in Colmar that are of significance.

On the occasion of the Exposition Universelle of 1900, Bartholdi crafted a smaller version of the Statue of Liberty, which he subsequently gave to the Musée du Luxembourg. In 1905, the statue was placed outside the museum in the Jardin du Luxembourg, where it stood for over a century, until 2012. It currently stands at the entrance to the Musée d’Orsay; a newly constructed bronze replica stands in its place in the Jardin du Luxembourg.

The American Oak (below), planted in 2002, growing behind the current statue in the Luxembourg gardens was dedicated to the memory of the victims of 9/11 as of gift from the American Community in Paris.  It represents the symbol of Franco-American friendship.

The third replica of the Statue of Liberty, which is installed at a round-about in the town Colmar, region of Alsace. This town is the birth place of Frederic Auguste Bartholdi. 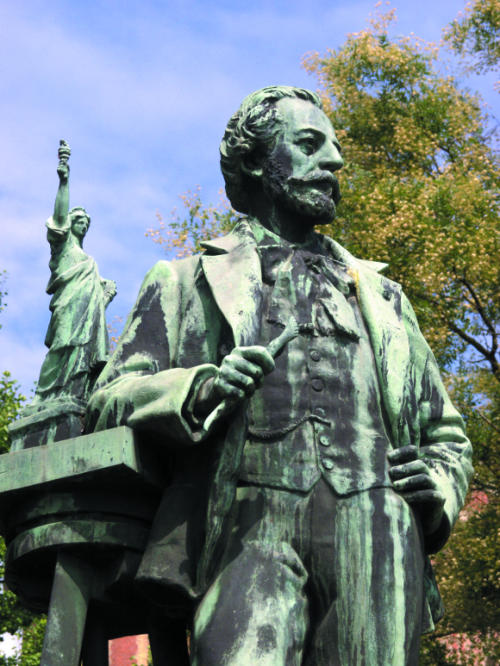 And while France is an ocean away from the United States the bond between our countries is strong and significant; an alliance that dates back to the Revolutionary War.

Thank you France and Happy Fourth of July