The name chatelaine derives from the French term châtelaine – which means wife of the lord of a castle or a woman who owns a large house or is in control of it OR a set of short chains worn on a belt that carried necessary items needed in the home.

From the 16th century, women often wore a decorative clasp at the waist with a series of chains attached, called a chatelaine. Suspended from it were useful household accessories such as scissors, keys, and sewing tools. Crafted from precious metals, chatelaines were considered as jewelry and status symbols. 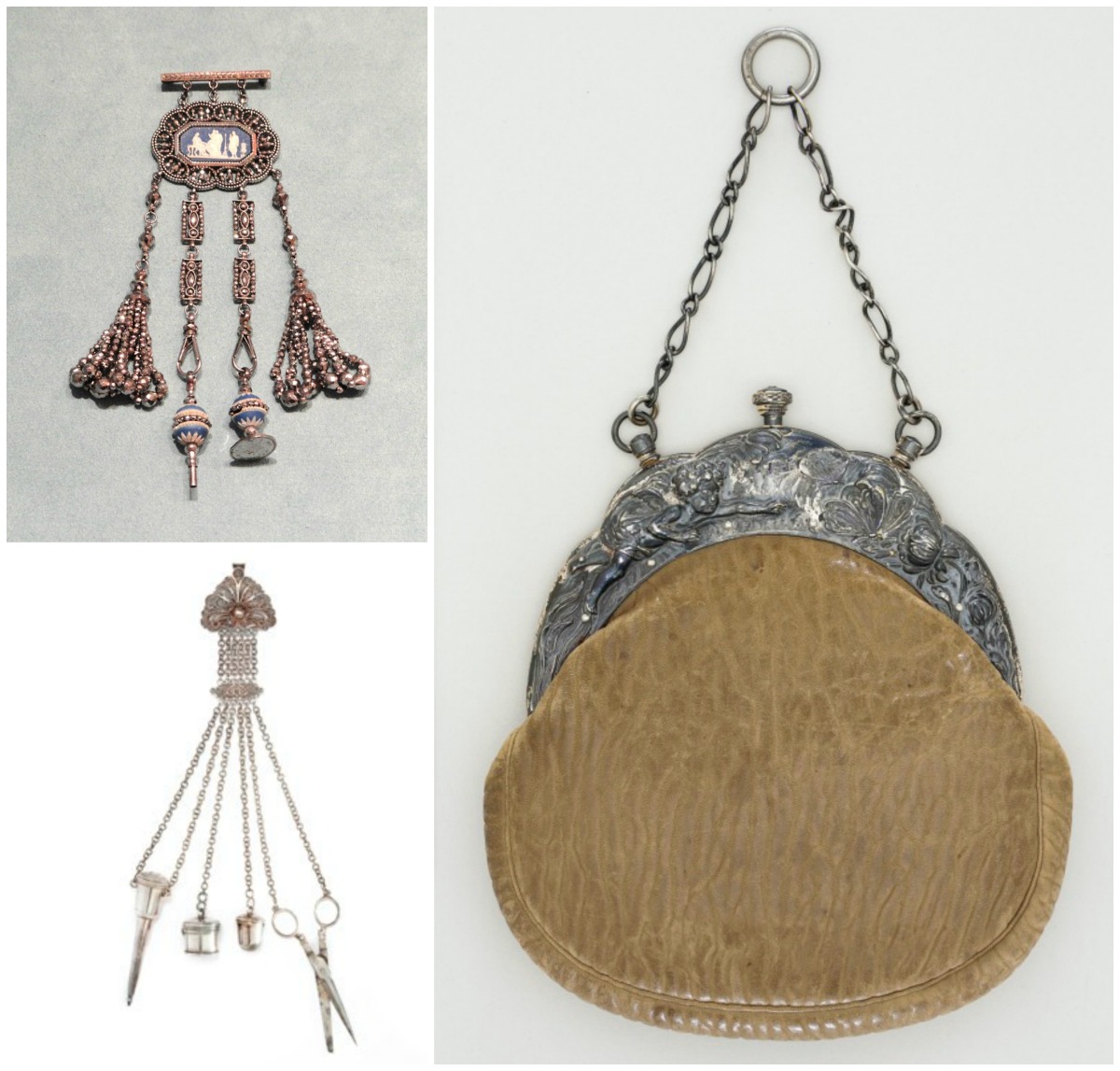 The woman with the keys

to all the many desks, chest of drawers, food hampers, pantries, storage containers, and many other locked cabinets was “the woman of the household”. Carrying this chatelaine was a sign of status and power – This person directed all the servants and possessed total authority over who had access to what.

A tid bit:  When a woman married a son and the couple moved into his father’s house, the son’s MOTHER would have authority over the keys to the locked items.  BUT, if the mother became a widow the keys and the status that came with them, were passed to the wife of the eldest son.  If the woman of the house had to be absence then the controller of the keys was passed to the head housekeeper.

Often times younger women in the house would want the appearance of this responsibility, and would wear decorative chatelaines with a variety of small objects in the place of keys, especially bright and glittering objects that could be used to start a conversation. 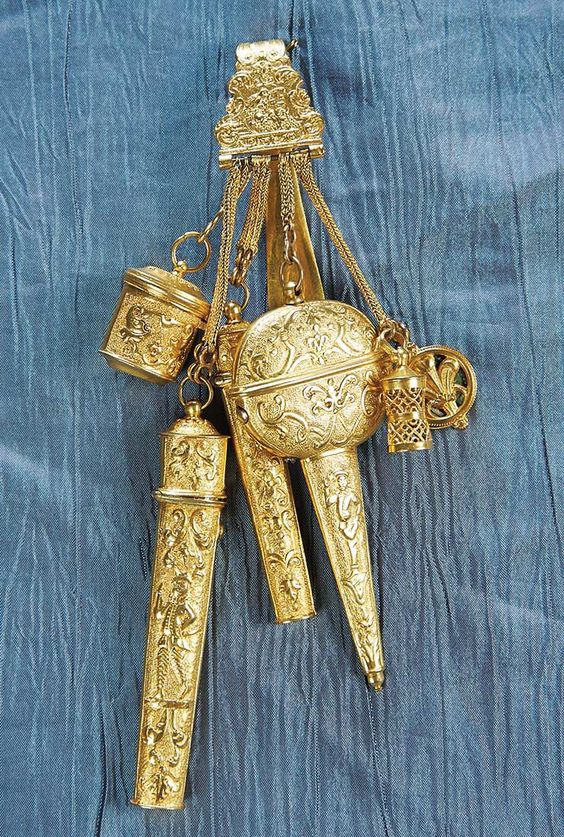 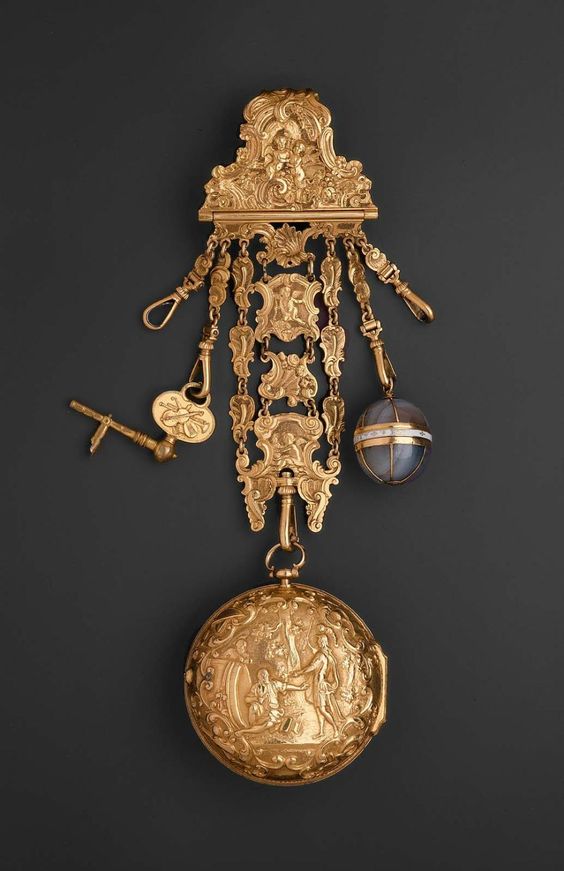 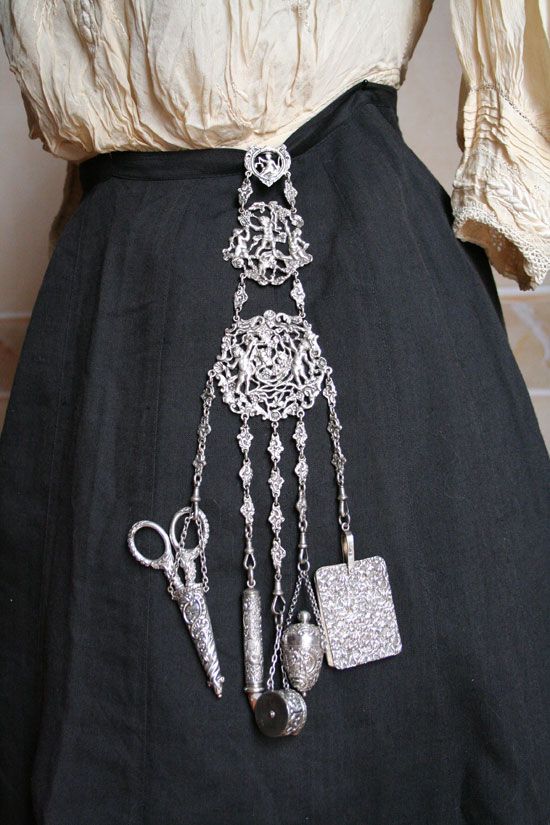 Chatelaines were worn by many housekeepers in the 19th century and in the 16th century they often typically used as watch chains for the most wealthy.

This is a Georgian chatelaine which clipped to the waist band or belt of a dress for holding such items as the mistress of the house would need with her throughout the day. It might include her seal, watch, scissors, thimble, a vinaigrette, or a key holder.

Here is the front

view so you can  see how the chatelaine would be clipped to the waistband of the woman’s dress.

A locket such as this sterling silver one would be used for rouge/powder and attached to the Chatelaine chain. 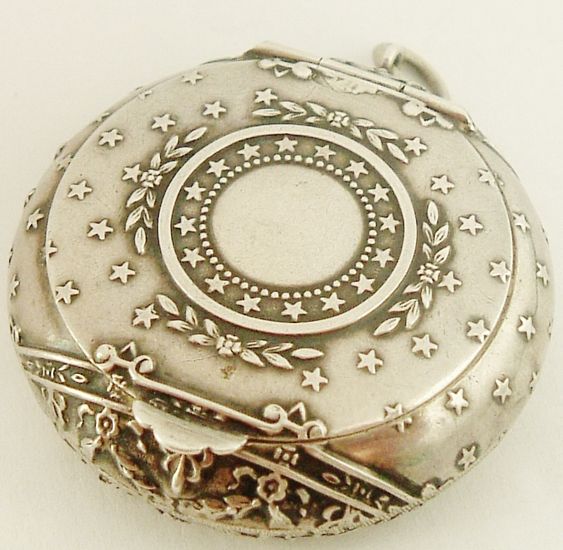 Chatelaines were made of precious metals: gold, sterling silver, but many were made of steel as the one showed below.  This one made of cut steel is also from France, late 18th century; the tools include a disc shaped pin cushion, a button hook, a thimble holder with steel thimble, and a folding corkscrew for perfume bottles. 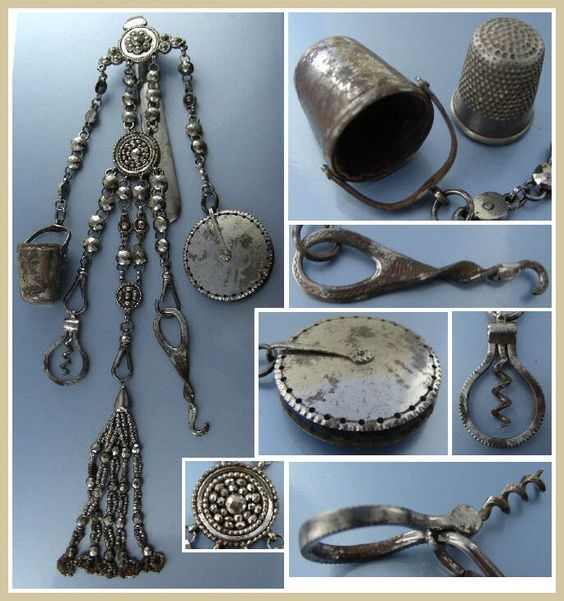 And of course, all the Queens had beautiful chatelaine adornments to their dresses.  Here Marie Antoinette walking with her children is wearing decorative chains with charms – certainly a sign of wealth.

An up close view of the chains: 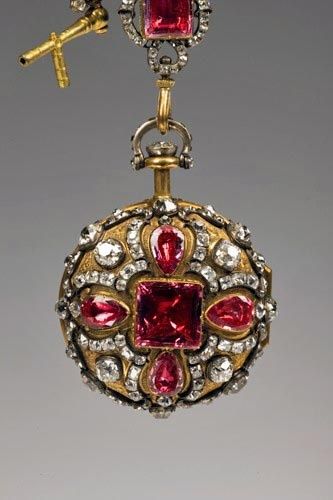 Even today, women enjoy a new interpretation of history with a modern twist as symbolism in unexpected places turns up:  The chatelaine is officially on the fashion runway as Prada shows off the updated chatelaine 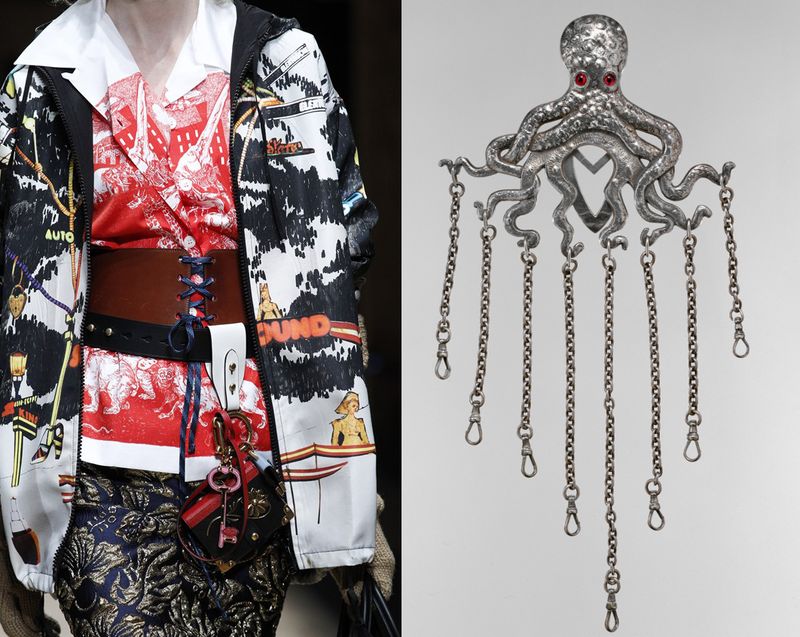 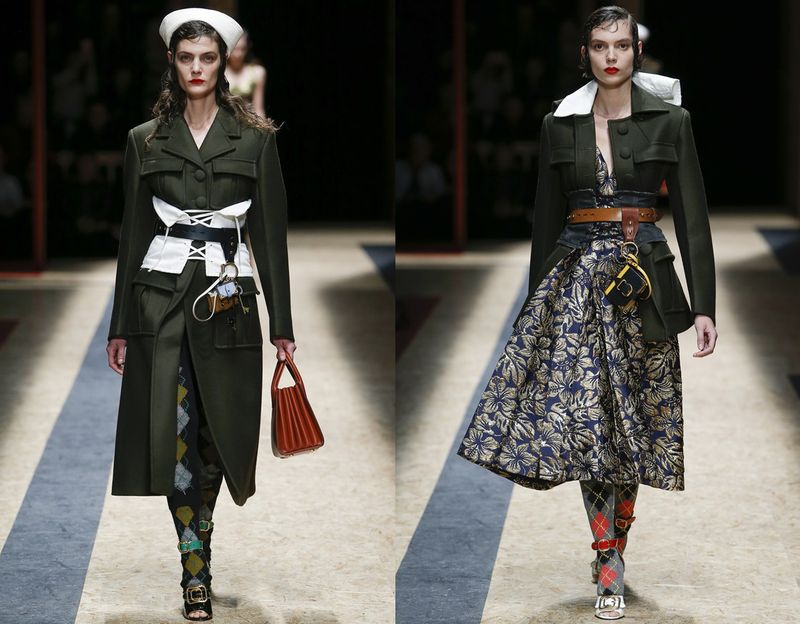 CROWN AND COLONY ANTIQUES carries Chatelaines when they can be found!!  They have become rare commodities, but here is a picture of what we currently have in our shop.  251-928-4808