How’s the Weather?  A Brief History on Antique Barometers The mercury barometer was invented in 1643 by Torricelli, a student of Galileo, in Florence, Italy. 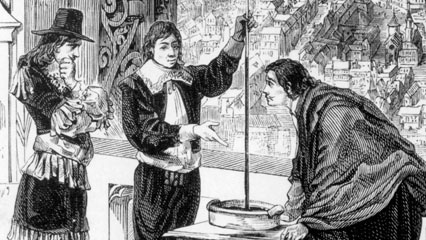 This remarkable device is used to measure atmospheric pressure, and those changes in pressure indicate a change in the weather.

Interestingly, barometers were not originally used for meteorological observations, but for measuring heights and to use in air pump/vacuum experiments. Weather forecasting became a secondary feature once it was realized that a connection existed between the alterations of the weight of the air and alterations in the weather.

Until about 1780 barometers were still the preserve of scientists and the wealthy, but they had started to move out of Italy, up through France and into England. The Italian-the original craftsmen responsible for making barometers -were mainly from the northern towns of Venice and Milan, still famous for their glass blowing abilities.

After 1780 or so wheel barometers were being made in France, both in the familiar banjo shape and fabulously gilded in the Louis XV style of French furniture, as well as in the less frequently seen – but very desirable – octagonal shape The mercury type barometer manufacturers reached their peak from about 1830 to 1890.

Below are the barometers found currently at Crown and Colony Antiques – all with years and years of age showing, but in beautiful condition considering how old they are.

As barometers measure air pressure, they were also used for measuring altitude, or height above the ground, such as the height of a mountain, and were often used to measure altitude aboard a hot air balloon. They were also used by miners in caves to determine the depth of a mine. By the late 1800’s, the barometer was as popular, and an equivalent in it’s time, as the computer is today. Because competition for market share was fierce, the finest cabinet and clock makers, and inventors, devoted their talents to create the best and most appealing barometers to capture the eye of the buyer.  These endeavors are still seen and appreciated today.

Here a barometer is used in a bedroom over a fireplace – compliments of Atlanta designer, Patricia McLean. 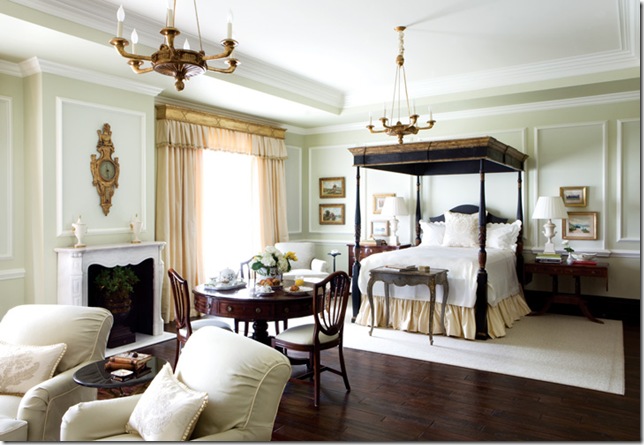 BAROMETERS can and are used in literally every room in the house…As Lynn Lee Terry, Editor of Southern Home magazine, agrees. 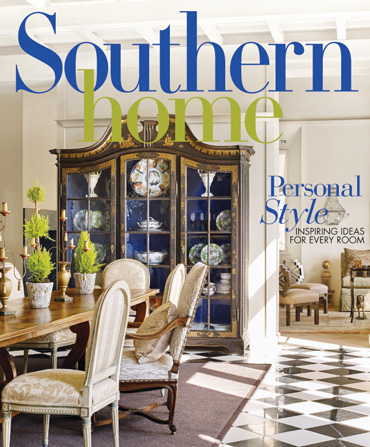 In the Dining Room – compliments of Cote de Texas 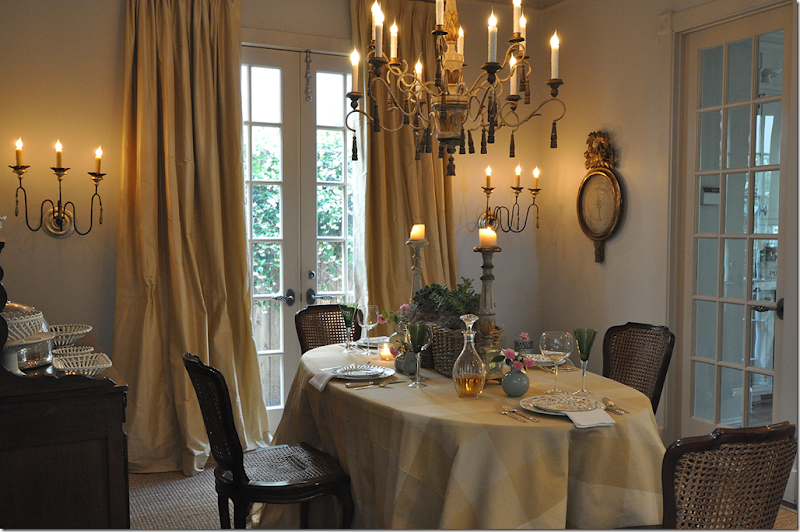 What makes the needle turn on the front?

The mercury tube is enclosed behind a door in the rear of the case; and by a system of strings, weights and a pulley, the reading of the air pressure is transferred to a needle which moves over the circular register, or dial, on the front. An “in tack” pulley system with the wires…

The stick barometer which showed up around 1810, did not require any mechanism to turn a needle on a dial, and the reading of the air pressure is taken directly from the height of the mercury in the tube – exactly as it had been in 1643. 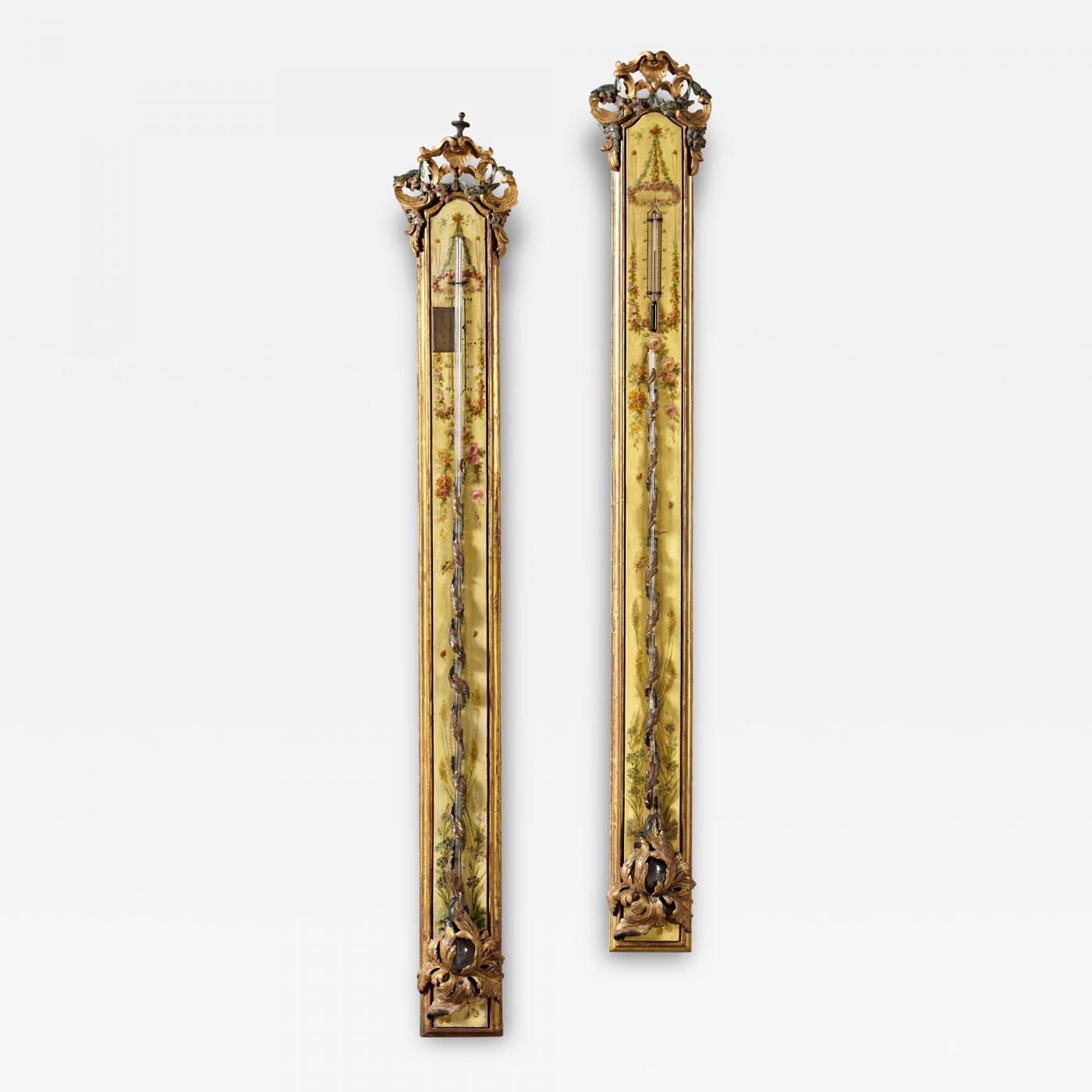 The bulb filled with mercury 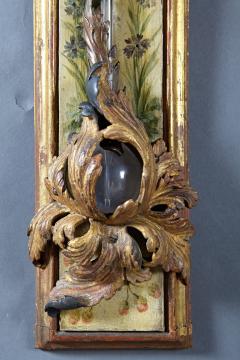 these  formal stick barometers can be found at G.Sergeant Antiques

Barometers today, especially very old ones, are recycled as decorative pieces for beautiful homes.  Typically the oldest ones that once used mercury to determine pressure no longer function. By 1870 to 1890 production of mercury barometers had slowed way down and then virtually ceased; making them more precious today than ever. Renowned designer with a flair for French design, Charles Faudree, really knew how to place a barometer in the home with all the best accents surrounding it.  In this room it is definitely a focal point. Banjo style barometer – one of the first shapes when the barometer was being developed.

Crown and Colony Antiques carries beautiful barometers.  Please stop by our shop to embrace the full beauty of these spectacular historical pieces that can add decorative flare to your home.  They are very special and very sought after.

Our merchandise can also be found on 1stdibs.com  SEARCH: Crown and Colony Antiques…

Any pictures used other than those of Crown and Colony, RF Antiques or Aubergine Antiques are used solely for the purpose of information