The History of the Bee Symbol
The ubiquitous Provencal bee has its origins in the old 1st century Merovingian dynasty. Childeric the 1st was the first French king to use the bee as a symbol. A symbol of immortality and resurrection, the bee was chosen so as to link the new dynasty to the very origins of France. Golden bees (in fact, cicadas) were discovered in 1653 in Tournai in Childeric’s tomb.  The original bee was actually shaped more like the cicada, but the symbol has evolved to be more of a honeybee shape. The bee is believed to be one of the oldest symbols of French royalty. 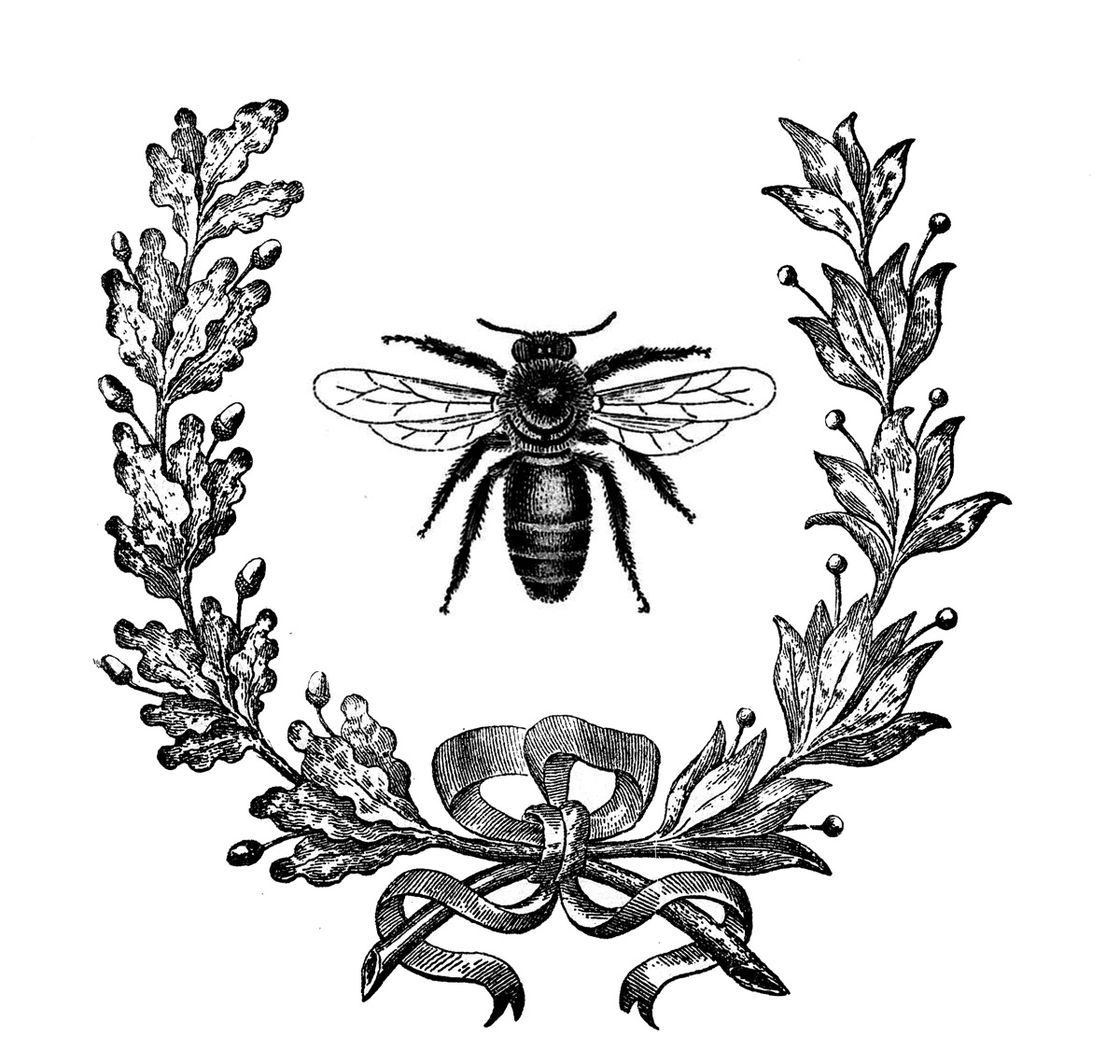 Once the symbol of Napoleon, the bee has always had a place in the hearts of French people – and now, protecting the humble bee is becoming a growing phenomenon, especially in the cities. Paris for example counts hundreds of beehives, spread throughout the city, so tens of thousands of bees buzzing around its districts, looking for some flowers to forage.  The city of Paris has now signed the “Bee Protection” guideline, thus committing to forbid the use of toxic products & pesticides – with the utmost aim to protect the bees within the city. Bees have a thriving home in the Luxembourg Gardens in Paris France. The bees at the Luxembourg Gardens are healthy and strong, with no signs of the well-publicized “colony collapse” plaguing bees around the world.  That may be because they live in a pesticide-free zone. Whereas most commercial hives in the U.S. replace their queen more than once a year, the queen of the Luxembourg Gardens lasts for 2-3 years, a remarkable sign of health.

Few know that there has been both a bee house (known as an apiary) and a beekeeping school permanently ensconced in the Jardin du Luxembourg since 1856.

The school called Rucher Ecole is currently led by Jean Pauchon, who learned that bees could thrive in Paris after temporarily storing a hive on the roof of the Opera House 20 years ago, where they collected an abundance of pollen to make honey.  The bee keepers in the school tend to the bees in the famous garden and offers classes for amateur apiarists. 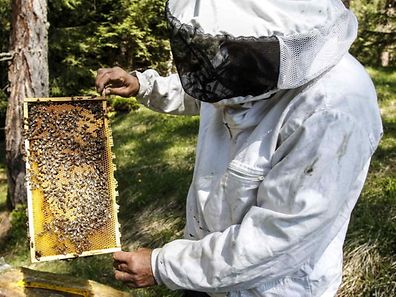 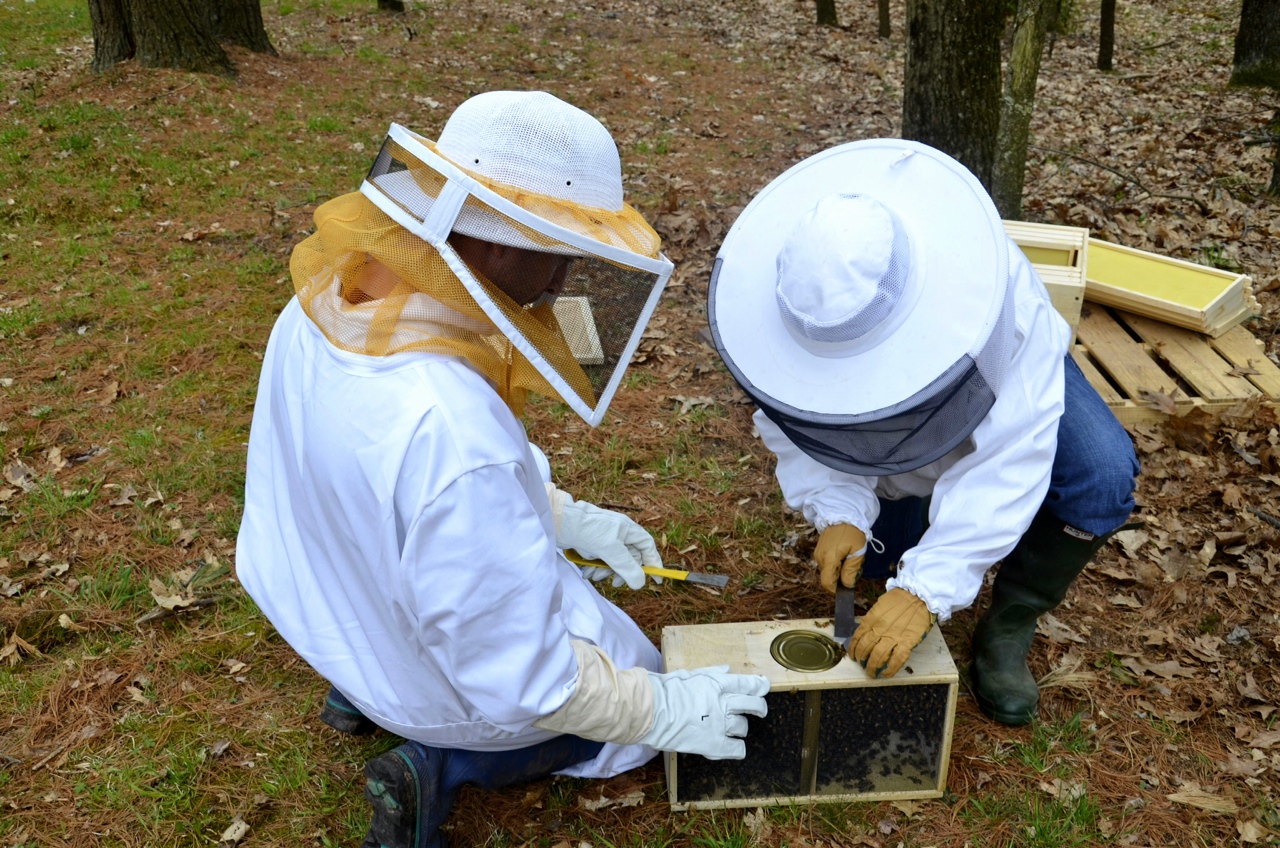 The classes begin inside in February and then continue until the month of August outside in the garden. In the month of September there is a honey festival where the beekeepers and students sell and celebrate the sticky sweet subject of their studies. In the Luxembourg gardens you can see the grouping of hives in the southeast corner of the park and you will find the bee house located near the rue de Fleuris entrance of the Luxembourg Gardens. For honey that is cultivated in Paris,  the Luxembourg garden honey is available at the Fetes du Miel during the final part of September, and the honey cultivated on the Paris Garnier Opéra is available occasionally at the boutique in the opera house.

Please view the video about the bees at the Luxembourg Gardens and the bees on top of the Opera House.  It is 2 mintues long, beautifully done and definitely worth watching.  Enjoy.  Click on the link or the picture. Below are a few pictures of some of the antique bee hives or skeps (straw or wicker behive) as they are often called that were used in the 1800’s.  Some are still in use today, but most bee keepers have adapted to more sturdy and durable man made wooden hives for the bees.

A man made decorative hive found on the corner of a building in Paris…as celebration of how important bees are in France. Combining the bee hives right in the garden with the cloches (glass covers for small seedling) propagates pollination and continues the production of food and flowers for all of us to enjoy. 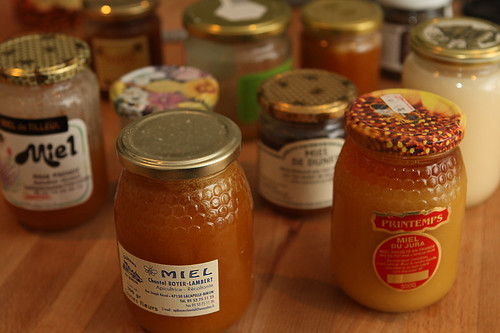 BEE BOOKS  for pleasure reading and for informational purposes….

Bees deserve to be understood and their contribution determines our own existence.  No matter if you’re a budding beekeeper or just a responsible citizen, bees and their ongoing work are responsible for one in every three bites of food we eat. They deserve both our joyful respect and a deeper understanding.

The two books below are essential bee texts and a good read.  The HoneyBee Democracy and The Sacred Bee

The Beekeeper’s Bible is as much an ultimate guide to the practical essentials of beekeeping as it is a beautiful almanac to be read from cover to cover. Part history book, part handbook, and part cookbook, this illustrated book covers every facet of the ancient hobby of beekeeping, from how to manage hives safely to harvesting one’s own honey, and ideas for how to use honey and beeswax.

A story about a self-made garden, A Buzz in the Meadow

This blog post is dedicated to my great grandfather, Fritz Hesly, from Bern Switzerland who (as a hobby) was an avid bee keeper and passed on his knowledge & love of bee keeping to my grandfather, my father, my brother and my sister.

As well, recognition to Rob Fargason, the eldest son of Peter and Ann Fargason, who has also expressed an appreciation for the importance of bees and has been active in the bee keeping process.