In a half shell, here’s everything you need to know about ordering and eating oysters in France in a very local way!

Many countries produce lots of wonderful oysters. However, no country in the world can offer a more complete oyster experience than France. Is it because French oysters always taste better than oysters from other places? No. The difference is that you’re getting a French oyster in France, which means that it is served up along with a boat load of savoir vivre, backed by  savoir faire and national pride, all in a setting of immense cultural wealth.  One should feel privileged to be served the finest oysters in the world.

Get to know what you are ordering.  Familiarize yourself about oysters from the different locations in France and when ordering off the menu,  freshen up on French terminology:

Typically the coast of France offers fantastic oyster experiences, in particularly in Bouziques, France. Virtually anywhere along the French coastline delicious oysters are served. Quite “naturellement“, the locals in these areas praise their local oysters as the non plus ultra in taste. Here a particular local wine is recommended by the host in order to properly optimize both the taste of the oyster as well as the “terroir experience” overall.  When ordering you glance over the menu and then proceed to the counter to view the choices.  This is common in many of the “natural setting” type restaurants outside of Paris.

During the autumn in France, road side stalls start setting up, ready for their winter-long trading season. They sell oysters, and nothing but oysters (well, maybe the odd mussel or cockle).  Oysters are in season  during any month that has an R in it (September-April), but you’re not likely to see the best on menus until October. Oysters naturally spawn in April and will spend the summer fattening up their plump little selves! They are featured prominently in celebrations for Christmas and New Year’s – roughly half of all oysters eaten in France will be slurped up between these two holidays — During this time about 50% of the annual oyster production is consumed.

Ann, Anna and Rob Fargason on the coast of France about to enjoy a meal of seafood – oysters and sea urchin.  Bouziques, France.

A nice serenade before indulging in an oyster platter!!

How to Eat Them:

Oysters are almost never rinsed (to preserve the flavor), often shucked in front of you, and always served over ice.  In France, though, everyone knows that you are extremely unlikely to become ill from a fresh, living oyster that comes from the clean sea, unless you have an allergy to seafood.   The oysters served will typically still have the adductor muscle attached (i.e. they will stick to the shell) as that is thought to keep them fresher longer. You’ll want to take a tiny fork or knife and gently pry it loose, if necessary.

Squeeze a little lemon on top, pour some mignonette sauce in the shell, OR forgo all condiments and slurp it back in one gulp.

Meals at this coastal restaurant are often accompanied with sea urchin!  A sure delicacy for the palette!   In French, sea urchin is “oursin”.  Just in case you don’t have the taste for oysters you could attempt the oursin and perhaps a French dessert!   Peter Fargason is about to dive in to the oursin shown below!

Another way to eat oysters and this is typical at Christmas, is to enjoy a platter with a variety of seafood – a very hearty meal.

Some of the best oysters in France come from towns along the country’s coast.  Baxter Fargason welcomes his seafood platter! Paris has not lost its zeal when it comes to oysters. To this day, this city offers countless opportunities to enjoy oysters, be it in restaurants or from a side walk vendors. Some kind of dry white wine or Champagne is generally suggested as an accompaniment.

The main difference between eating an oyster in Paris vs. on the coast is the PRICE!  They usually cost half of what is charged in Paris!

As oysters go, the French have long been the undisputed leader in all of Europe. Not only do the French produce the lion share of the oysters in Europe, they are also their own best customers. More than 90% of the oysters produced in France are consumed by the French.

Oysters in France are so esteemed that a stamp, with a nod to Henri Matisse, was executed to give credit to their value.

“Still Life with Oysters” (1940) by the famous French artist Henri Matisse (1869 – 1954) on a stamp from the Maldives. The oysters that “modeled” for his painting were Portuguese oysters (Crassostrea angulata), a species almost extinct today in French waters. It  has since been replaced by the Pacific oyster (Crassostrea gigas). This oil on canvas painting is in the care of the Kunstmuseum in Basel, Switzerland.

Oysters being served and displayed on a Majolica Oyster Plate.  This one is very similar to those sold at Aubergine Antiques 251-928-0902.  We keep these type plates in stock so if you are interested in serving your oysters in a special way, please call us! 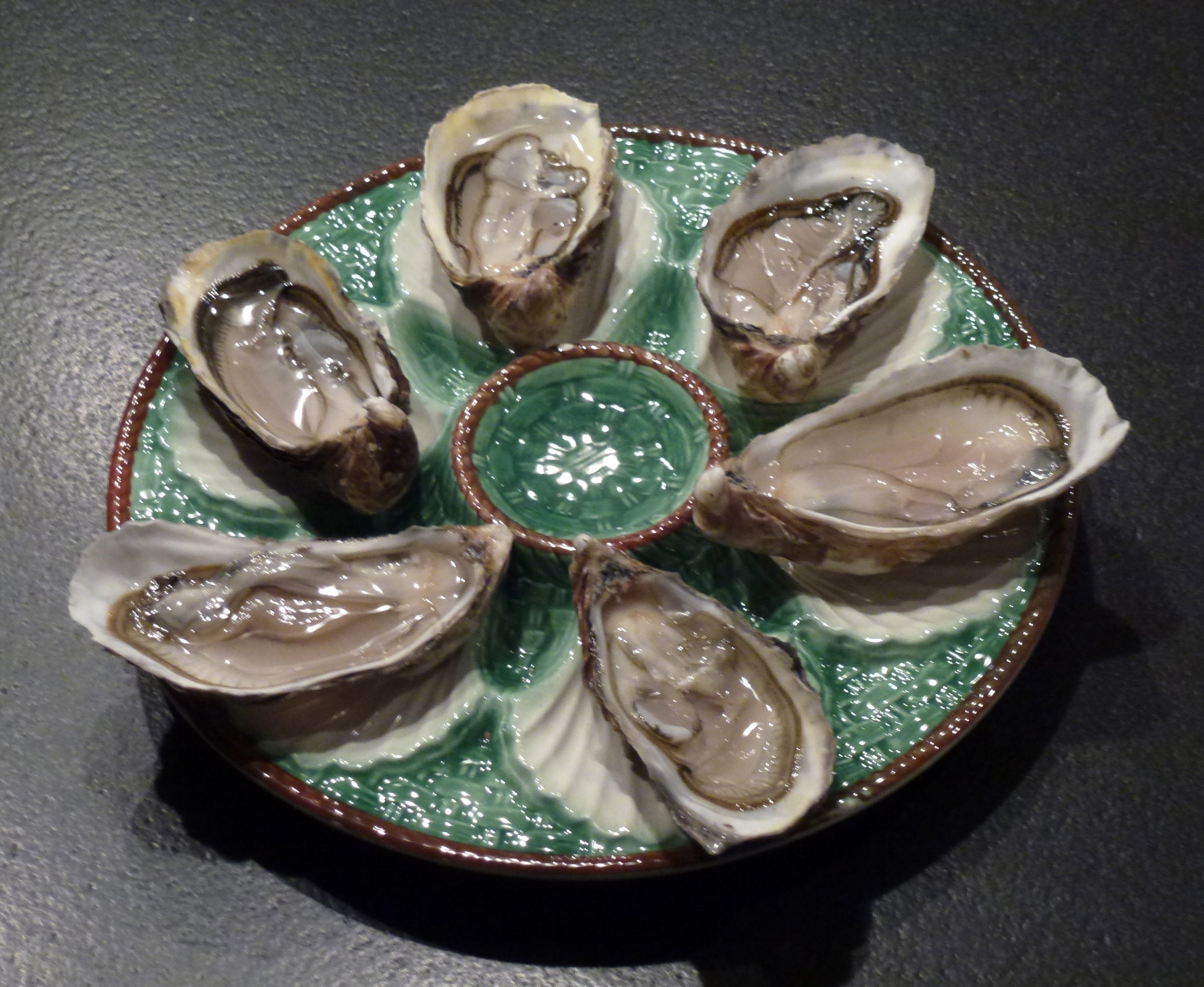 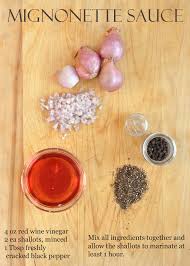