The sardine fishery is the most important fishery industry of France.  However, the Mediterranean sea board, both of France and Italy is notable for its fisheries.

Sardines are named after Sardinia, the Italian island where large schools of these fish were once found, but it was the emperor of France, Napoleon Bonaparte, who helped to popularize these little fish by initiating the canning of sardines, the first fish ever to be canned, in order to feed his soldiers first and then the citizens of the land over which he presided.

In the painting above Napoleon holds a sardine in his hand to ensure importance of the little fish!

Napoleon accomplished this by offering a cash prize (12,000 franks) to whoever could develop a reliable method of food preservation. Nicholas Appert, a French confectioner, conceived the idea of preserving food in bottles, like wine. After experimentation, Appert realized if food is sufficiently heated and sealed in an airtight container, it would not spoil —  Hence, preserving food through sterlization. 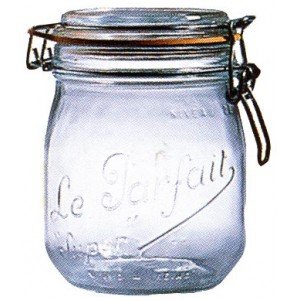 Heavy French glass jars similar to the one shown here were used to preserve the sardines –  a strong likeness to the American made Mason Jar.  The earliest glass jars probably had a smaller opening at the top (more like a bottle) and a cork may have been used for air tight sealing.

the containment of the sardines in glass jars or bottles, which were considered “modern methods” of canning, the sardines were stored in crocks or sardine pots.  These were found in abundance in Italy along the coastal areas.  The French also used a similar style of crock, very much like the French Confit Pot, to preserve.

Before placing the sardines in the crocks to be cured, the sardines were usually first cleaned, scaled, and eviscerated (to remove the insides) and were then salted by packing them between layers of salt. An alternative to the salt would be to immerse the sardines completely in brine.  It was the only way at the time to prevent spoilage.

It was also quite commonplace to dry the sardines in lieu of this preservation method.  The crocks were used for storage of the dried sardines.  This drying method was very common to the sardine industry in Douarnenez, France, the areas leading sardine exporter in the 19th century.

Sardine Pots come in a variety of colors, but typically are basic stoneware cylinders with enclosed bottom with handles and sometimes lids.  These are very attractive in kitchens used just for decorative purposes (to display in groupings or to hold flowers) or near a stove to hold wooden spoons. 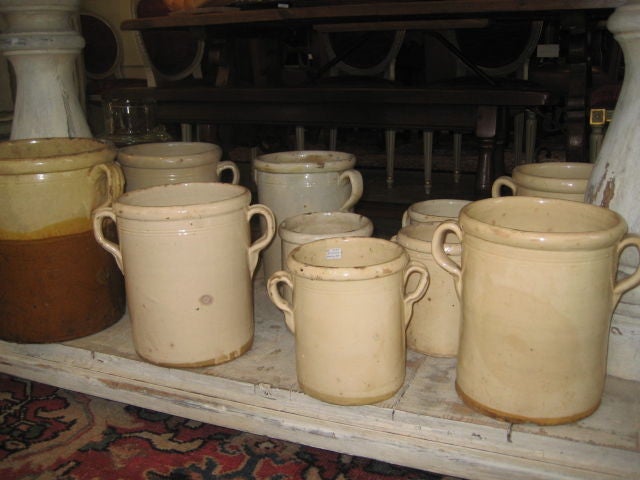 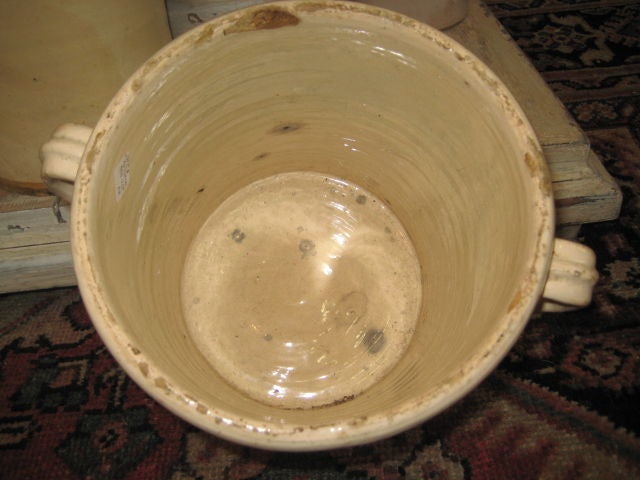 Some sardine pots have a lip running around the top of the vessel.  You can see this in the picture above on the tall pot with flowers. 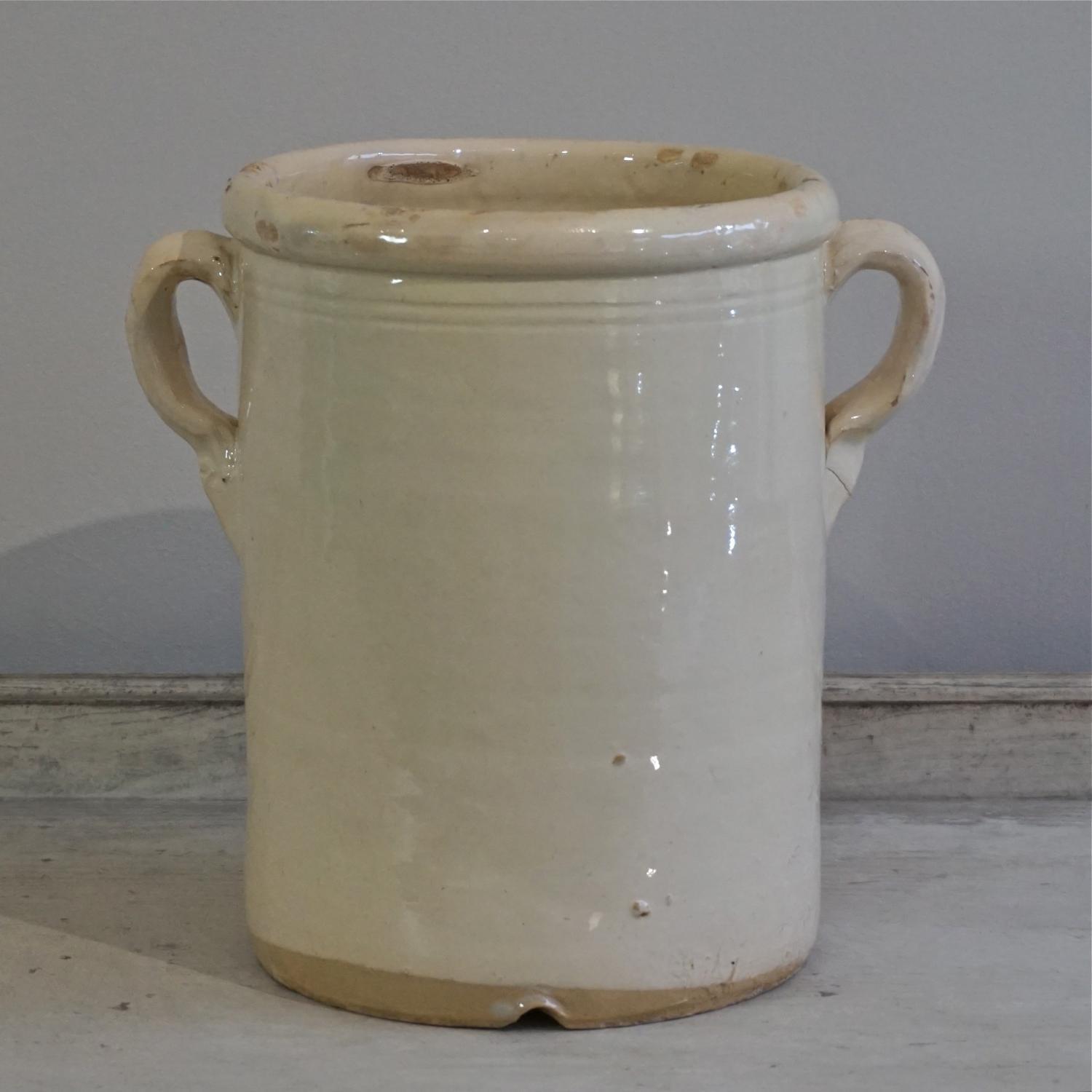 Sardine pots are generally basic, but since sardines are well loved by the French, one will find elaborate other types of sardine holding vessels such as the French majolica platter & tureen below. 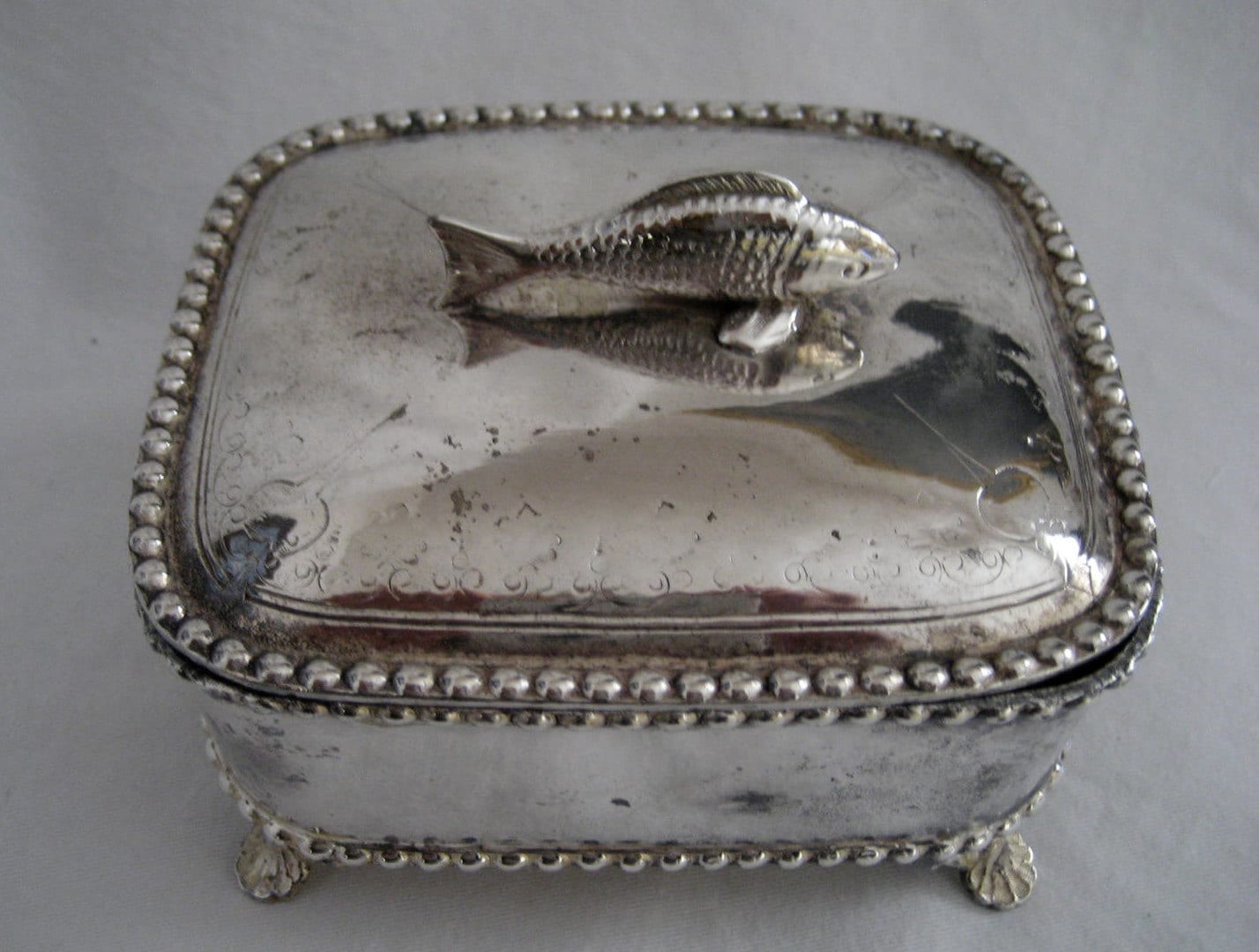 Even Pablo Picasso lent tribute to the value of sardines to the French culture.  Picasso’s “Three Sardines” platter, 1948 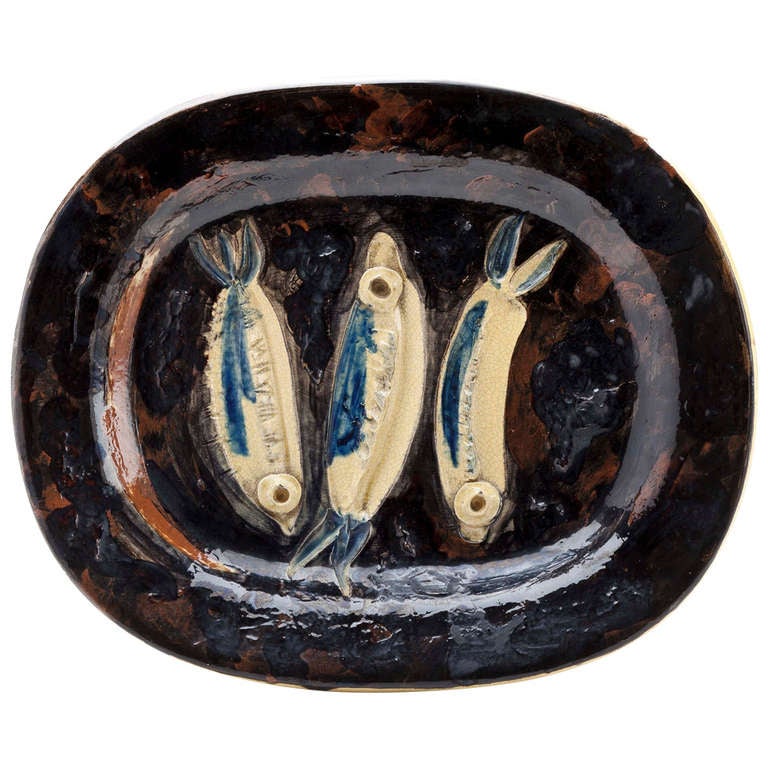 Maybe, the dish below was similar to one eaten by Pablo which inspired his platter!! 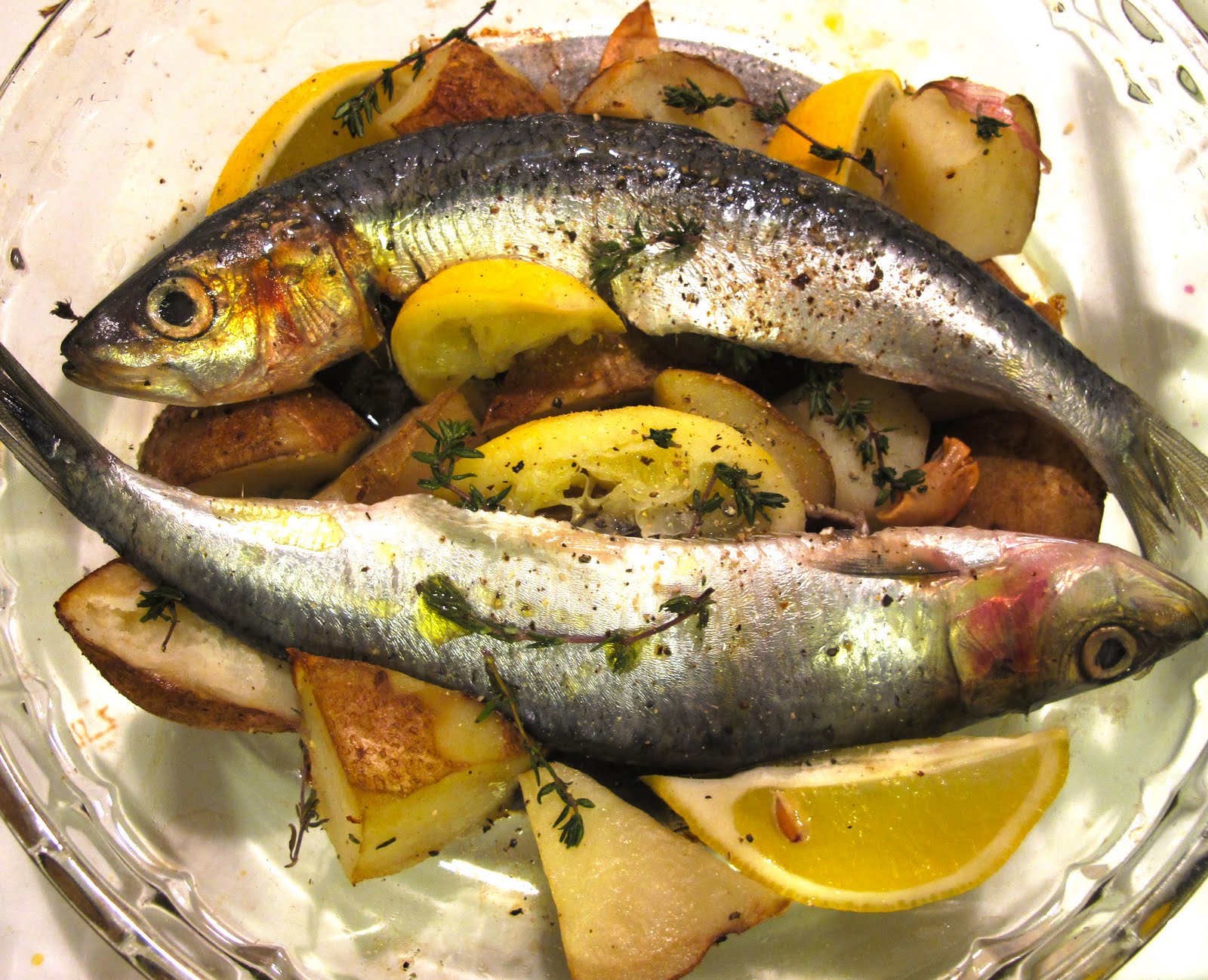 A recipe you may enjoy: 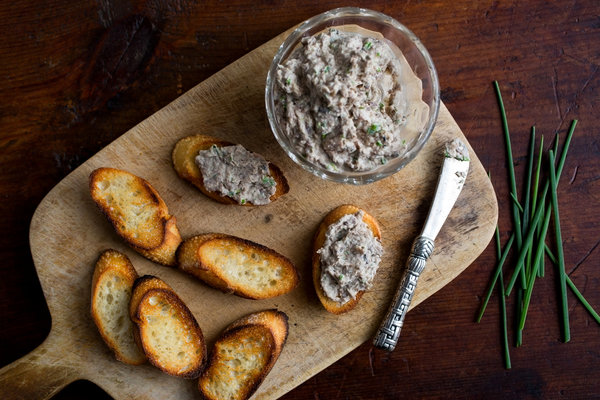