When we think of France certain things come to mind, such as:  wine, cheese, beautiful furniture, the Eiffel Tower, croissants, fine chocolates and pastries, etc. and in the country of romance, these things come to mind more readily than TEA.  But, did you know the French have been tea drinkers for centuries?  Tea first came to Paris via the Dutch in the 17th Century, a few years before it arrived in London!

The French adore the elegance of a cup of tea, choosing pristine china and gastronomic delicacies to pair with this healthy beverage. The French elite became completely enamored with this warm liquid, making it a welcome part of their day.  At the time of its introduction, tea was believed to be therapeutic as well as delicious.  Tea was consumed by the cupful and was done so for the sheer pleasure of the taste and for medicinal purposes.

So what happened? Why do we think of the British instead of the French as the loyal tea drinkers?  The answer is simple: unlike with the British, tea didn’t trickle down to the public in France. The practice of tea drinking in France remained in homes of the elite. And so, tea was seen as a thing of decadence and indulgence and not as public as tea drinking in England.

It was a rare and expensive commodity to have in the home and as a prized possession it was treated with care.  Tea caddies became an ideal way to show off ones wealth in the home.  Tea Caddies were made of wood in box form from the second quarter of the 18th century.  The first such boxes were shaped like small chests and contained metal canisters inside. They were mostly made of mahogany although a few early ones were of walnut.

During the 18th century, a pound of tea could be as much as a week’s pay for a skilled man. The aromatic leaves were kept under lock and key in beautifully constructed containers which reflected the status of the tea and of the household.  Both the English and the French enjoyed storing their teas in beautiful boxes such as the ones shown.

Very occasionally a chinoiserie box was made. Complete boxes of this type are difficult to find, especially in walnut. Chinoiserie boxes are exceedingly rare. 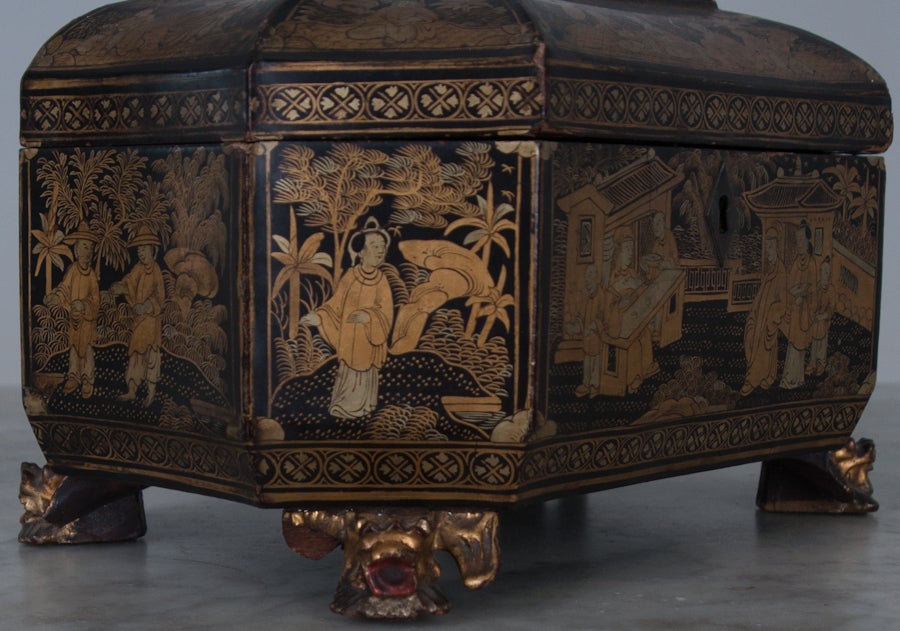 A good example of a tea caddy still with its original metal containers.

Additionally, you can read and enjoy how the use of tea originated in France and how it is still a well sought after beverage today.  A book on the tea company, Mariage Freres, the premier tea importer of France since 1854 and still in existence today…

And of course, what is any cup of tea without the appropriate cake.

Pour a cup of tea and enjoy this quick trip to France with Madeleines! 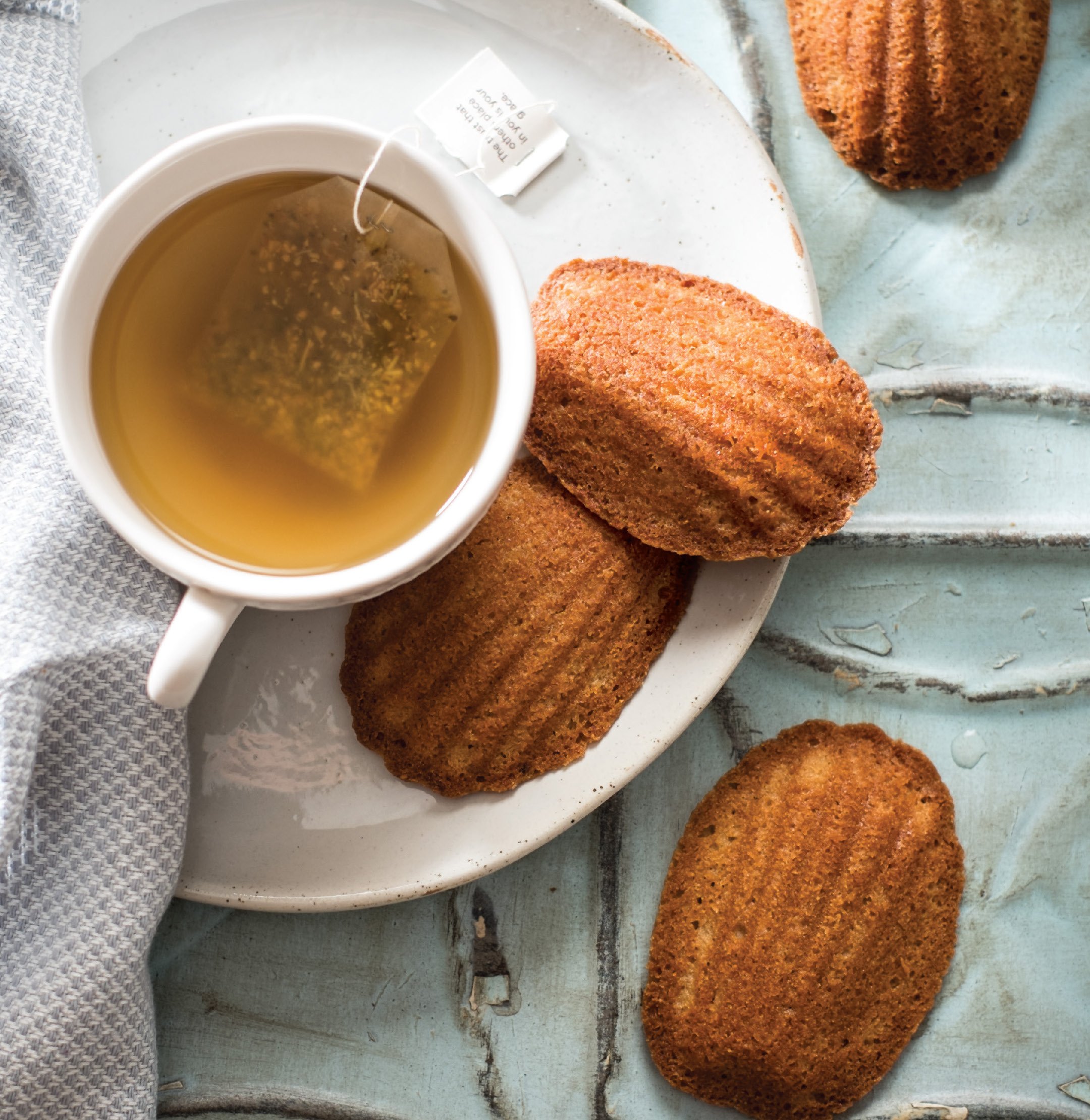