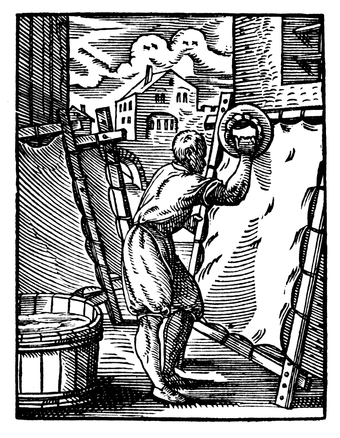 The above selection of vellum books are found at Crown and Colony Antiques – All shapes, sizes and price points.  Beautiful to display on bookshelves or coffee tables.  They are very rare and a treasure to own.

Vellum is a printing material which was used as early as 2000 BC. It frequently appears in old, rare books as well as maps, deeds, and other important documents. It is valued for its distinct feel and assumed nobility. Gutenberg printed bibles with it; the Declaration of Independence is written on it; and the UK still prints its Acts of Parliament on vellum for archival purposes.

VELLUM & PARCHMENT:  Exactly what do these words mean-

The term parchment is a general term for any animal skin which has been prepared for writing or printing. Vellum is a type of parchment, but refers to a parchment made strictly from calf skin.  Vellum comes from the French word “velin”.  Parchment has been made for centuries, and is usually calf, goat, or sheep skin.

While vellum is made specifically from calf-skin, the term can sometimes be used to refer to higher quality parchment made from a variety of animal skins, such as sheep or goat. When it is well made, Vellum feels like velvet, and it is silent when you turn the page.

France and England are noted for using calfskin, while it was more common in Italy to use goatskin.

The manufacture of parchment is quite involved and it all begins with an animal pelt.

Parchment is prepared from pelt (wet, unhaired, and limed skin), simply by drying at ordinary temperatures under tension, most commonly on a wooden frame known as a stretching frame.

After being flayed (to peel the skin off a carcass), the skins are the placed over a beamer and a special knife called a scudder is used to remove the hair. 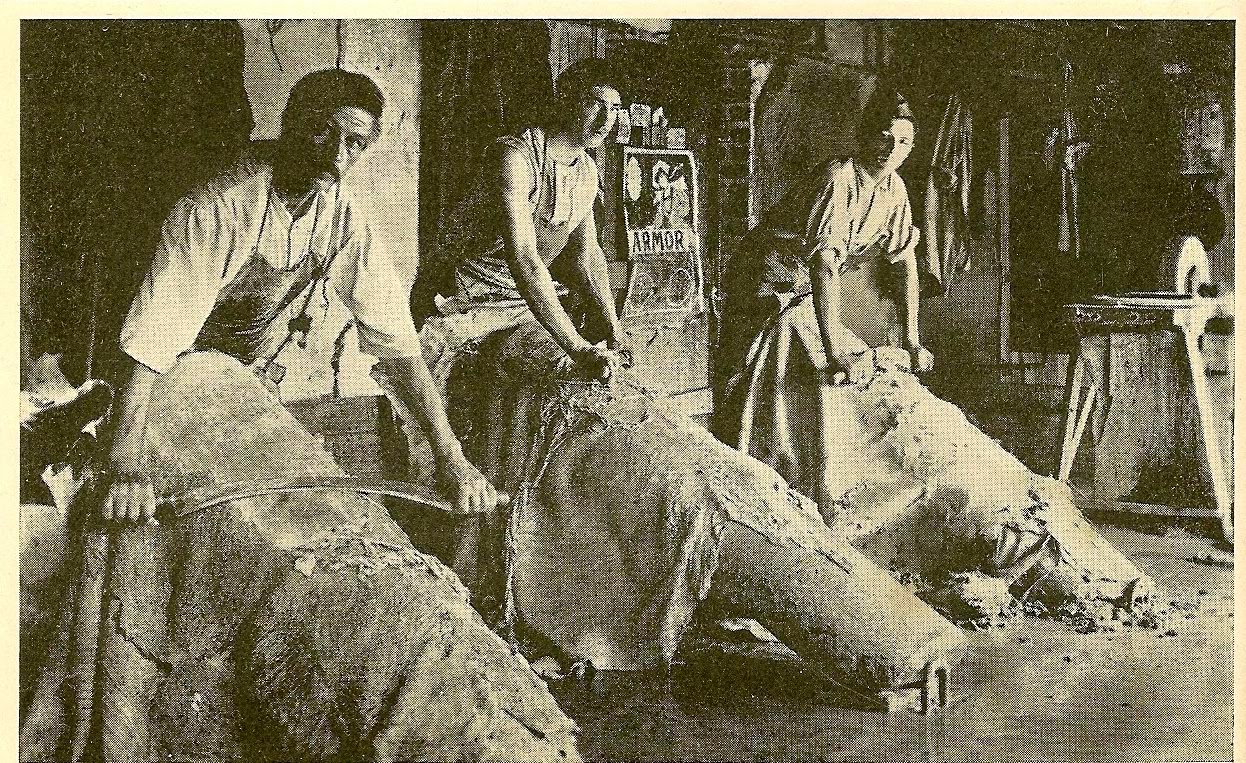 After the hair is removed the skin is soaked in water for about 1 day. This removes blood and grime from the skin and prepares it for a dehairing liquor. The dehairing liquor was originally made of rotted, or fermented, vegetable matter, like beer or other liquors.  As this process evolved it was learned that Lime could be added to speed the dehairing.

Sometimes the skins would stay in the unhairing bath for 8 or more days depending how concentrated and how warm the solution was kept—unhairing could take up to twice as long in winter.

After the vellum is bathed, it is stretched taut over a frame and scraped with a crescent shaped knife called a lunellum. 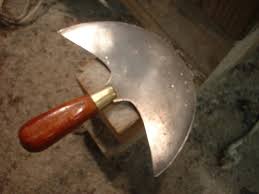 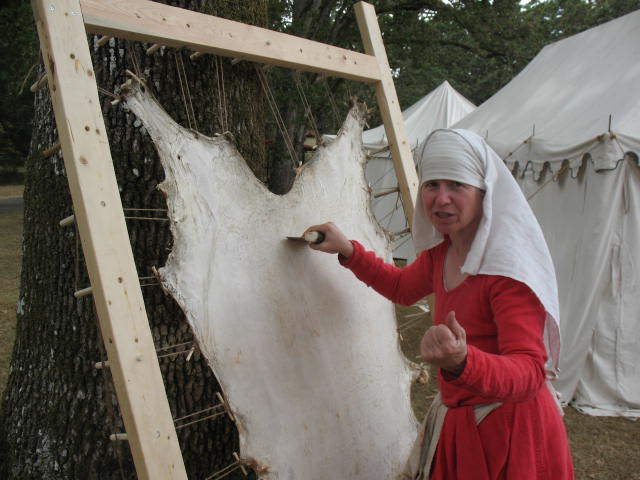 This process makes the surface of the paper smoother for writing.

Below the scraping of the skin is complete.  It is left to complete the drying process as it is held taunt on the stretcher.

If the skins were scraped to much the skin became very thin and would tear – to avoid loss of the entire skin, the holes were sewn together and the manuscript was written around the blemish.

The last step of the process is to rub pumice powder into the flesh side of parchment while it was still wet on the frame to make it smooth and to modify the surface to enable inks to penetrate more deeply. 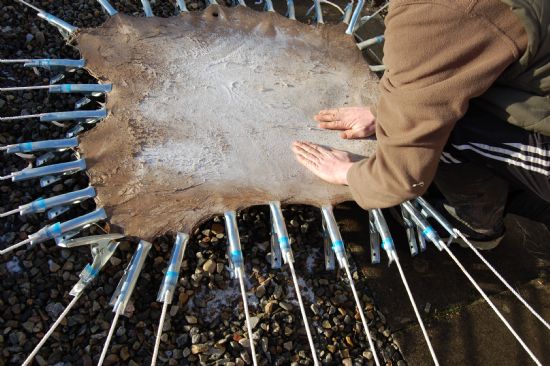 When  completely  dry the skins are cut from their frames, rolled and stored ready for use.

We hope you have enjoyed this post on an ancient tradition that is still in practice today, but now more as a specialized craft carried out by artisans.  If you would like to own a book made of vellum, please call us or stop by Crown and Colony and let us help you select one or several.